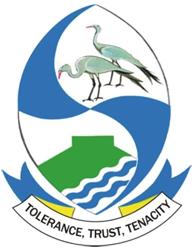 Bids are hereby invited for the Augmentation of Cookhouse Bulk Water Supply Scheme – Phase 2B, Cookhouse from reputable service providers and the minimum specifications are detailed in the bid document.

It is estimated that tenderer’s should have a CIDB grading designation of 5CE, or higher.

Tender document will be available on 27 May 2019 during working hours after 09h00 at the offices of Blue Crane Route Municipality, 67 Nojoli Street, Somerset East. A non-refundable tender deposit of R350.00, three hundred and fifty rand, is required and payable prior to collection of the tender document. The Blue Crane Route Municipality offices in Somerset East are open Mondays to Fridays from 08h00 to 16h30.

A compulsory clarification meeting with the representative of the employer and engineer will take place at the Town Hall, Cookhouse on 03 June 2019 commencing at 10h00. Tenderer’s that are late by more than 15 minutes will not be allowed to be part of the briefing session.

Completed bid documents are to be placed in sealed envelopes endorsed “BID NO: T09/2019 PROJECT NAME: AUGMENTATION OF COOKHOUSE BULK WATER SUPPLY SCHEME – PHASE 2B” must be placed in the tender box at the Blue Crane Route Municipality offices, 88 Nojoli Street, Somerset East not later than 14 June 2019 at 12h00 when tenders will be opened in public.

PREFERENTIAL PROCUREMENT POLICY FRAMEWORK ACT (PPPFA) POINTS WILL BE AWARDED AS FOLLOWS: BIDDERS MUST TAKE NOTE OF THE FOLLOWING BID CONDITIONS: • The Blue Crane Route Municipality Supply Chain Management Policy will apply • In order to claim Preference Points a valid original or certified B-BBEE Status Level Verification Certificate from a SANAS registered verification agency or EME’s to submit a SWORN affidavit signed by the EME representative and attested by Commissioner of Oaths to validate the claim, No B-BBEE Status Level Verification Certificate – No points to be claimed • Bidders should be registered on the Central Supplier Database with a Tax Compliant Status • Bidders are to submit Certificate of Good Standing from their local Municipality • Failure to complete all tender forms, data sheets and submit all supplementary information will lead to the tender being considered non-responsive • Bids which are late, incomplete, not completed in black ink, unsigned or submitted by facsimile or electronically WILL NOT be accepted • Bids submitted are to hold good for a period of 90 days • The Blue Crane Route Municipality does not bind itself to accept the lowest bid or any other bid and reserves the right to accept the whole or part of the bid • It is expected of all bidders to sign Authority of Signatory.