Experts may give you a lengthy list of the attributes one should possess in order to be successful in business. Discipline, skill, experience. The list goes on. But at the end of the day there are two basic, yet crucial things one needs in business: gaps and guts.

There’s no better way to describe the secret to Andile Mfingwana’s success than with these two words.

Recently we shared part one of his story and looked at how he had gone from being a wet-behind-the-ears IT graduate to establishing himself as a formidable name in the IT industry. The second part of his story details how he moved into farming and the gaps and guts it took to make it a success.

Throughout his career as an IT exec and his career as a farmer Andile has mastered the art of spotting a gap approaching, much like a steam train, and grabbing onto it the moment it is in his vicinity. Many people also have the eyes to see opportunity but the difference is whether they have the guts to launch in.

It’s a bit like grabbing onto the tail of a tiger, once you’ve caught it there’s no letting go, you need to just cling on for dear life. This is what Andile did. It’s also important to note that not all gaps turn out the way we might expect. And this is another crucial point and any successful business owner will agree. The set-backs and failures are just as important. And Andile’s story has no shortage of these either. 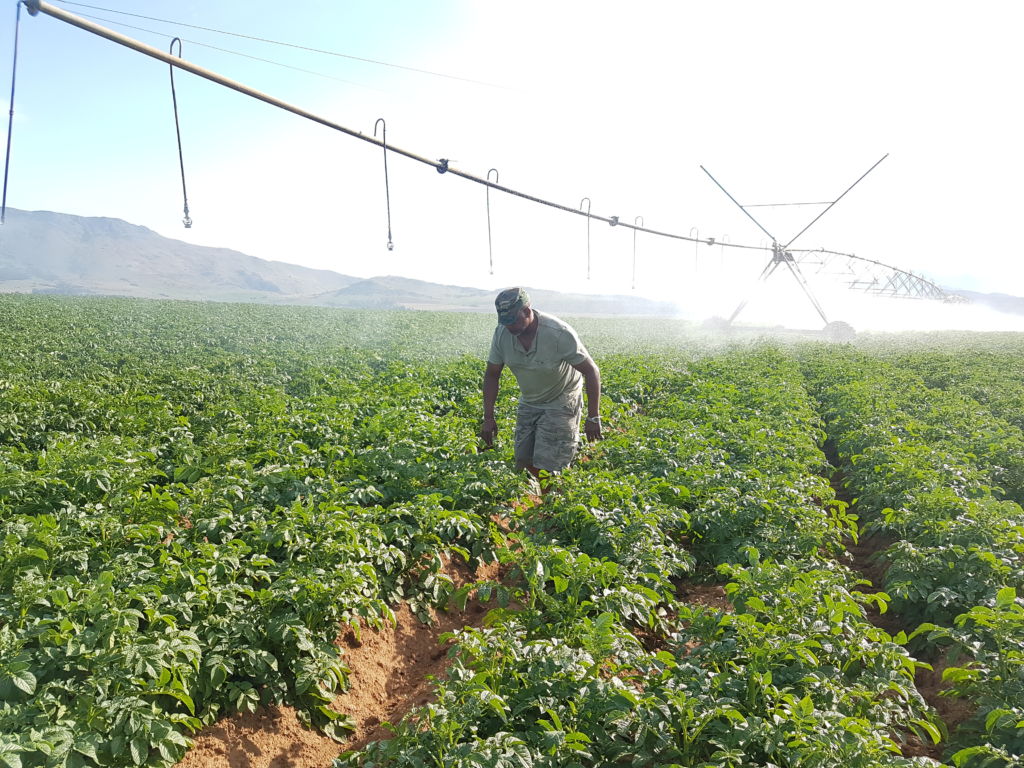 The transition started taking route organically. After spending more time at their holiday house in Balito, Andile and his wife considered relocating to what they felt was a safer environment after having experienced a number of nasty burglaries at their home in Bryanston. Their oldest boys were finishing school and heading to university. The new airport in Durban was now ten minutes away which meant that they could be in Joburg in two hours and Kokstad in two hours. Andile also knew what it would take to get a farm running and considered his own capabilities.

“I decided, now while I still have energy, I can run around. I can go to Kokstad and come back and still get to Johannesburg.”

He saw a gap – the government was actively assisting people with subsidies to buy farms. The scale was tipped favourably toward the farm. He found one, and was granted a loan and a subsidy from government. He now had in his possession an 842 hectare farm in Kokstad.

“When I got here I started looking at cattle ranching which is what I was comfortable with but then I thought but why don’t I try the dairy? I started with 49 cows which I bought at a sale which were already milked cows. I just started making Maas (sour milk) the traditional way because I didn’t have the equipment that I have now.” 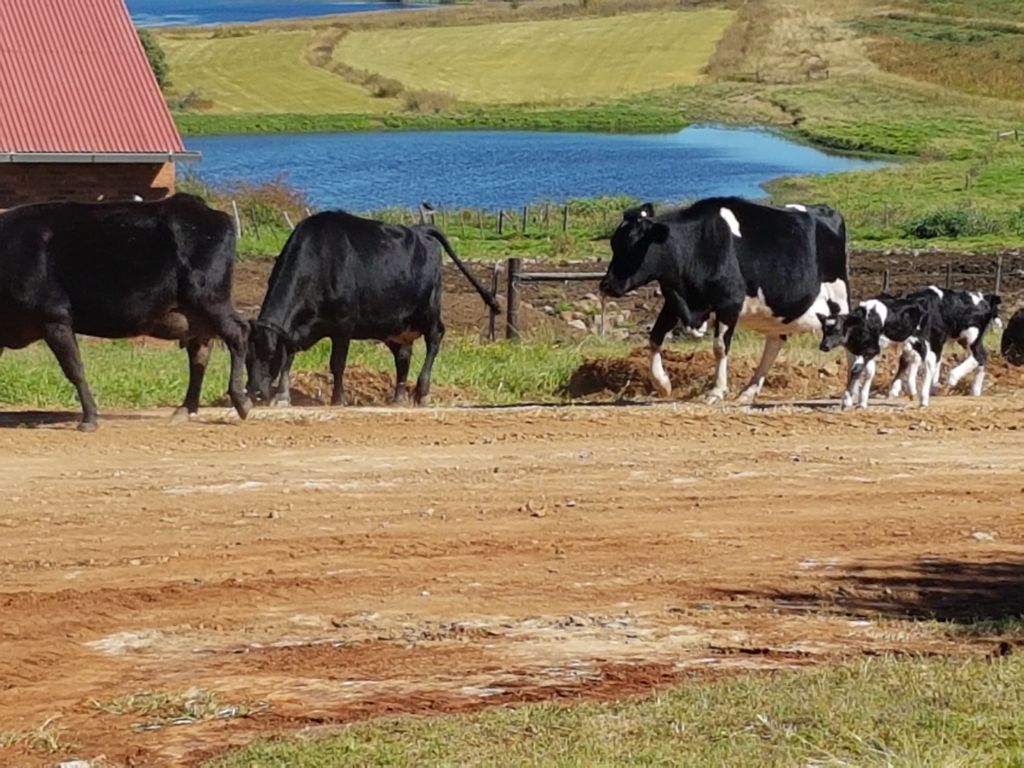 His Maas business grew as he began supplying more and more schools in the area. But winter presented a challenge as it now meant that it would take a few days for the Maas to set and it landed up separating without the proper equipment. Despite the setback he continued on and as he did, his herd also grew.

When Andile started producing about 1,000 litres a day, Dairybelle agreed to collect his milk. Along with the new business, Andile saw another gap. Dairybelle was picking up milk from Andile and other suppliers in Kokstad, taking it back to Pinetown, processing it and then bringing it back to Kokstad and surrounding areas. Coupled with high unemployment in Kokstad at the time, Andile posed the question to Dairybelle of opening a facility in the area. This lead to much discussion and there came the guts to make a big suggestion.

“I came up with a proposal to put a big cold storage warehouse on the farm. I think it would cost me just under a million in those days. They gave me the letter of intent to use it and rent it out. I went to the bank and the bank was comfortable with that. They gave me the money to build the facility.”

The cold storage facility went ahead but instead of bringing in the company into the fold Andile took over the distribution for Dairybelle in the former Transkei area leasing all four trucks they were using for delivery. They agreed to that and Andile began doing the distribution throughout the Eastern Cape.

All went well. For a while.

“After a year, the Dairybelle plant in Pinetown closed down. They had been bought out by Clover. The whole thing collapsed and now I was left with this white elephant on the farm. I still had the million rand loan to repay.”

A light at the end of the tunnel arrived when Nestle agreed to pick up Andile’s milk. His herd had grown and was producing 2,600 litres a day. Nestle was happy with the quality of the milk.

“In the dairy industry if Nestle hasn’t picked up your milk, you generally don’t have the right quality. They scrutinise your milk to the last drop. When Nestle started picking up my milk it meant whatever I was doing was right.”

But that big white elephant was still plaguing him. 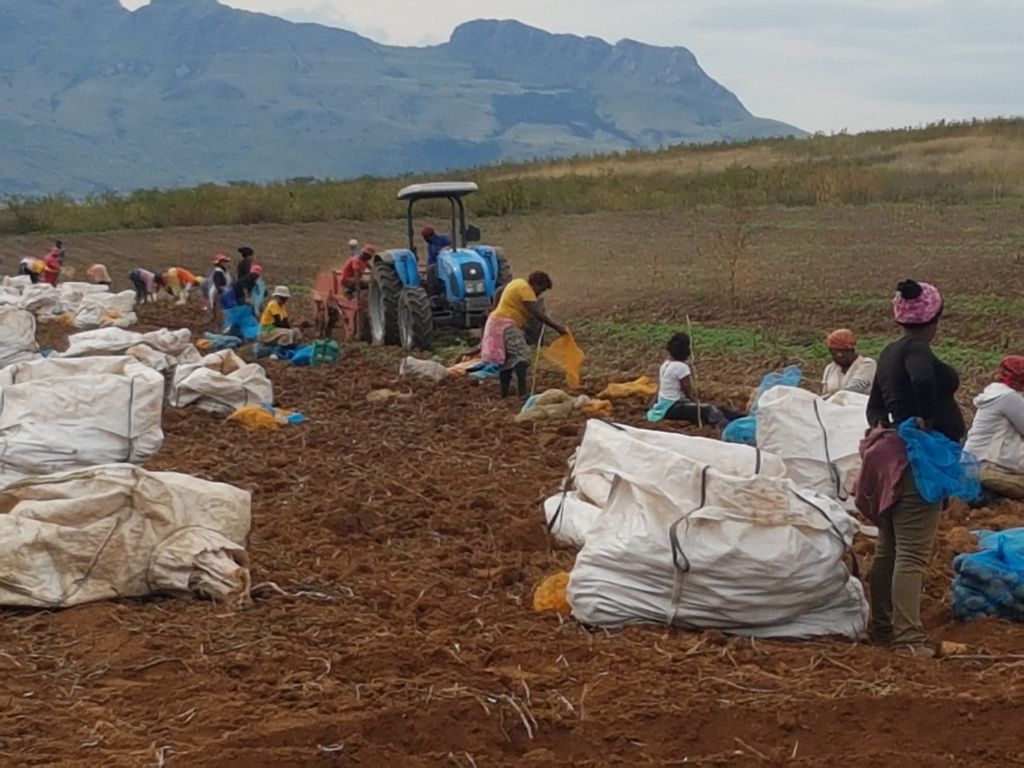 He considered the possibility of building a small plant with the equipment he needed to expand on the Maas front. He approached the bank, got a loan, and built the structure. While the initial plan with Dairybelle had fallen through, in it lay another gap that he decided to pursue. Andile had taken over the Dairybelle distribution in the former Transkei area, leasing all four trucks they were using for delivery. The logistics were in place, all that was needed was the product so Andile thought to offer the list of clients the same quality as what they were receiving from Dairybelle but just a new brand – Andile’s own brand. 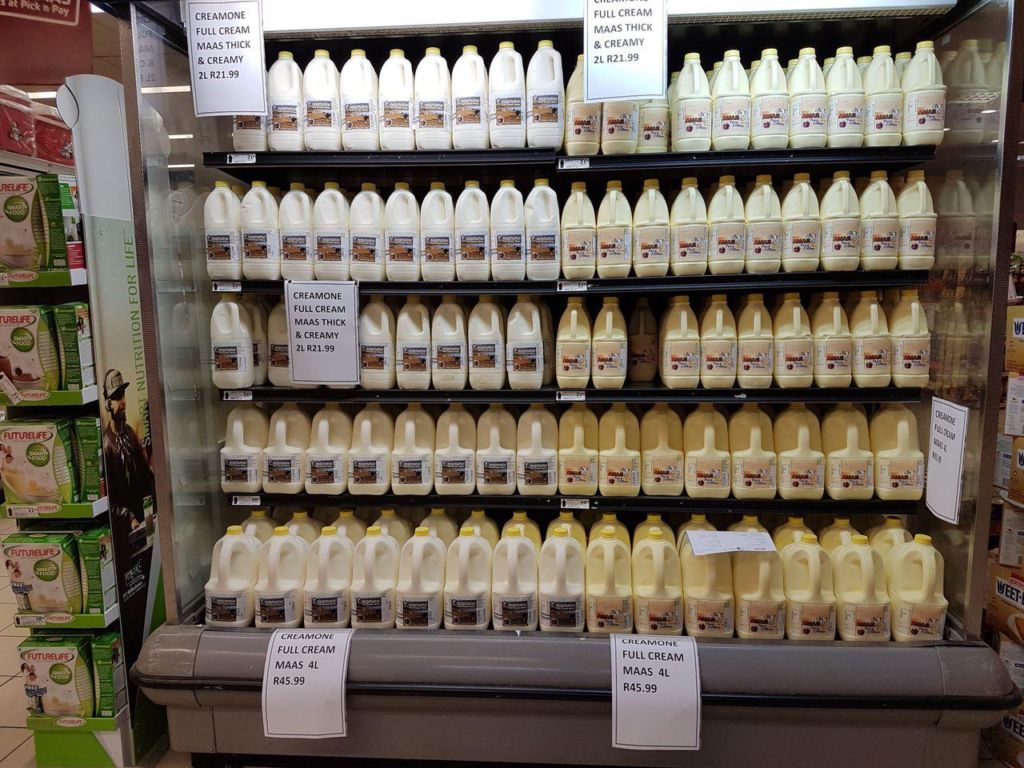 Andile sought help from a business development agency in KZN that was doing development work for Agri BEE on behalf of the Department of Agriculture. With the help of  Agribusiness Development Agency, also reffered to as ADA-KZN, he was able to begin distribution of his own brand of Maas. Things went well. Until another setback arrived.

“We grew very, very quick. We went up to about 400 cows in no time, we were making 3000 to 4000 litres of milk during peak time but a drought took us a couple of steps back. We were now down to about 200 milking cows. When you take a cow out of the dairy sometimes it’s not economical to milk because you’re putting more food in than you are getting out in the form of milk.”

Looking out at his farm, Andile spotted another gap. Here came the tigers tail again.

“We went into potato as a crop and it did very well. I’m excited. We have projected 44 times a hectare, in some areas we got 65. Last year we had a good season, we took a good gamble.”

“On the dairy front, I’m very comfortable. I employed a young lady who came from the Durban University of Technology. She was doing an internship here and now she’s been with us for five years. She’s really relieved me on that side. She looks after everything on milk, the quality of milk, the hygiene, the cows and everything. I still do the pastures to provide food for the cows. 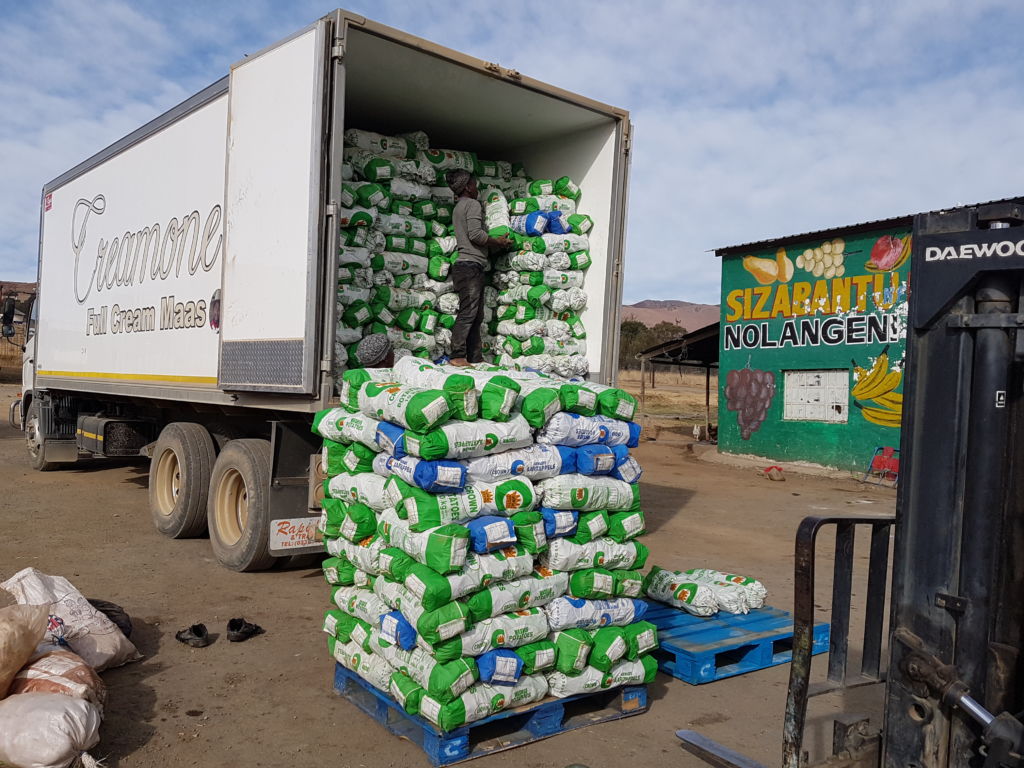 In addition to his own farming endeavours Andile has also taken up the role as a shareholder and director in Agri-IQ, a company that works to provide farmers, both big and small, with innovative agri-business solutions and support. Through Agri-IQ he is able to share his knowledge and experience with other farmers and in a way return the favour to all those who helped him along the way.