“Never in my wildest dreams could I have imagined that my love for fabric, eye for garments and taste for fashion would bring me closer to dressing a man acclaimed as one of the world’s most beloved statesmen.”

Sonwabile Ndamase, the designer of the original Madiba shirt, admits that he was never put off by the lack of representatives of African fashion in the mainstream. His label, Vukani Fashions, began as an outlet for his passion for indigenous African fabrics and cultural design. He saw it as a way to combine his proud African heritage with his love for western fashions and design.

“I knew the market was there and it was huge, untapped. Since the establishment of Vukani fashions it has been synonymous with uniquely beautiful, quality designs.” 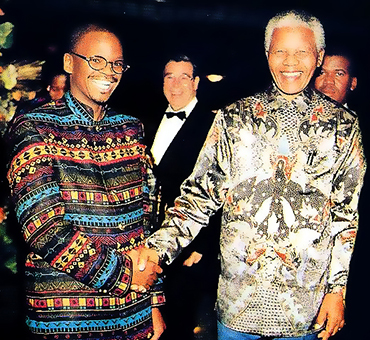 When asked about the journey of the Madiba shirt and the tale of his time and travels with Tata Madiba, Sonwabile speaks of Madiba with a fondness as sincere, elegant and charming as the beautiful garments he created for, and which were greatly cherished, by the Father of the Nation.

Recalling his fondest memory, he explains that it took place not long after Tata Madiba was released.

“In ‘94 he sent one of his people through the Department of Arts and Culture to me to say that I must be one of his entourage when he must go to London to reciprocate to Queen Elizabeth II. I had to dine with him at the Westminster Hotel and the Dorchester Hotel in London and also the time when he was giving a speech as well in Westminster hall. It was one of the moments that stood out for me. I had to be closer with statesmen and the Duke of Edinburgh. It was a moment I wish to die for because I knew I was part of the entourage of this Statesman in that particular place.”

Madiba’s sense of style had made an impression on Sonwabile long before the two had even met.

“Seeing him in pictures dressed in traditional gear during his 1964 Rivonia Trial was both a fashion statement as well as a political one for me. It was a fashion statement delivered with the splendour of an African personality hailing from the Eastern Cape. Attending the same trial with the womanly touch of the same eye-catching attire was Nomzamo Winnie Madikizela Mandela. Those were the people that actually brought me closer.” 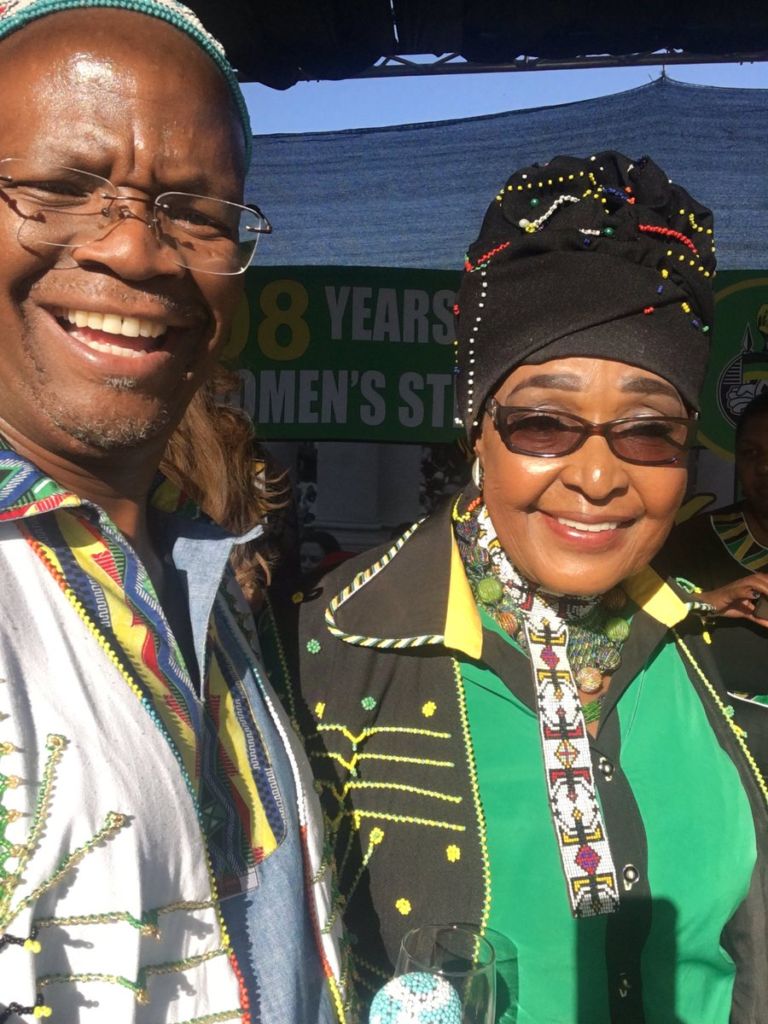 On the inspiration behind the iconic Madiba Shirt, Sonwabile puts it simply, saying that:

“Creating what would meet Madiba’s expectation was what inspired the design of the madiba shirt.”

Sonwabile describes Madiba as a man with magic so powerful that even a seasoned photographer would be delightfully swept off their own feet just to be in a picture with him.

“That’s the man that I used to dress. Who would miss an opportunity to rub shoulders with the great man himself.  So powerful. Oh, a man with such bewitching greatness, irresistible charisma, a wise counsellor, wrapped into one human being. That is Nelson Rholihlahla Mandela for you.”

“Tata once said that what counts in life is not the mere fact that we have lived, it is the difference we have made in the lives of others that will determine the significance of the life we lead. So, Madiba for me has epitomised that kind of excellence, that kind of beauty, that kind of classic dressing.” 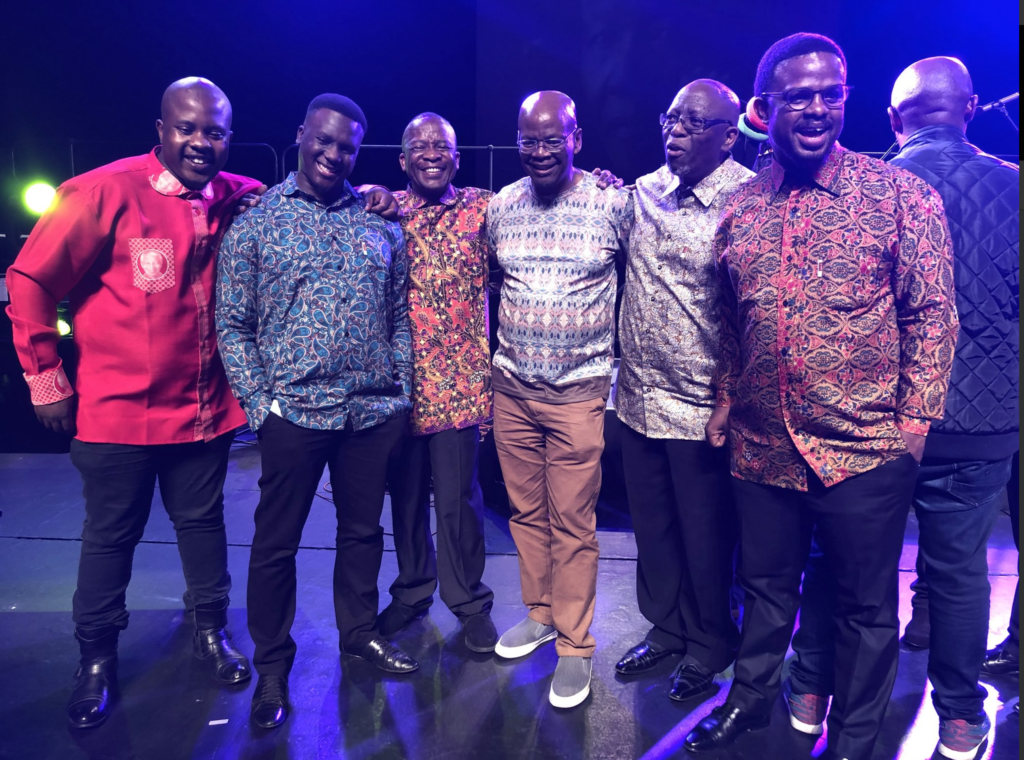 The Madiba Shirt has grown to become a fashion icon with popularity spanning across the globe. This year, however, saw an exciting new development for Sonwabile.

“Personally, I have collaborated with the Nelson Mandela Foundation 100 Fund as well as Edgars to create a collection for women and men using my iconic Mandiba prints in a modern and contemporary way in order to appeal to a new generation. This collection is available in 72 Edgars stores nationwide. As this project is in collaboration with Nelson Mandela Foundation 100 Fund the proceeds of the sales with go to the fund to feed, clothe and educate families in South Africa. 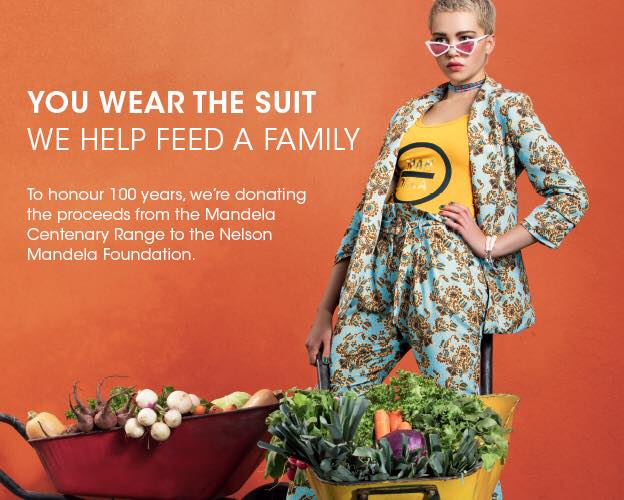 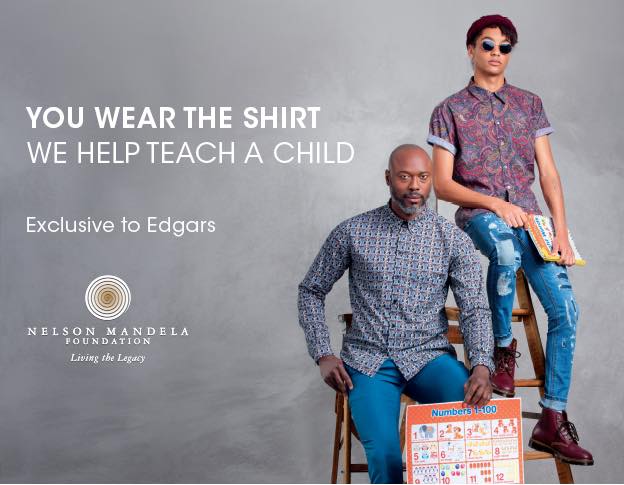 In light of Heritage Day, Sonwabile’s message for the youth of South Africa is simple, yet powerful:

“One of the things I would like to see happening and would like the youth of today to cherish, especially since heritage this year has come during the time of us celebrating the 100 years of the stalwarts together with mama Sisulu, I want our youth to go back and start to imagine themselves, and think what kind of Madiba they would have in themselves. If they would become a Madiba in this era, what would they have done better – what Madiba did you not do?”

Sonwabile firmly believes that in each person, there is a Madiba.

“You don’t have to look somewhere else. Our culture is our culture. Our culture is who we are, where we come from and where we are going to. That also assists us to become better people for tomorrow and to embrace Ubuntu.”

As we approach Heritage Day on the 24th, we hope you’ll consider this question too.

What Madiba do you have in you?