Pretty Much – a lesson on how to build-up one another

The first thing I noticed about Nosi Mgoduka, founder of Pretty Much, was her quiet confidence. I couldn’t help but find this character trait of hers charming. She carries it around with her in the same way that a Dame might carry a Louis Vuitton handbag  – gently and with grace.

We sat down at a Cape Town coffee shop to discuss Pretty Much, an initiative that aims to build-up young women through events and discussions that focus on beauty in all its forms, inside and out.

‘The motivation for starting Pretty Much actually stemmed out of frustration, funny enough. I was living in Port Elizabeth at the time and the beauty expos that were coming to PE were always so expensive. We’d have to pay R500 to go in and while the goodie bags were amazing, it meant you’d be in the position of the ‘end-of-the-month-salticrax-snack’ for the whole month. We chatted about starting a platform where ladies can learn the kinds of tips that you get at these beauty expos but without having to pay so much money, or at all for that matter. We wanted to create a platform that could become a ‘beauty’ community for young ladies,’ explains Nosi.

The first Pretty Much event took place in May last year in PE.

‘The first event was held in a salon belonging to a friend. The majority of the attendees came from the salon itself – ladies who had come in for a beauty treatment and ended up staying. We focused on hair and skin care and make-up. The response was so good that they begged us to do another one. And so we did. The numbers grew and before we knew it we had a whole community of ladies involved.’ 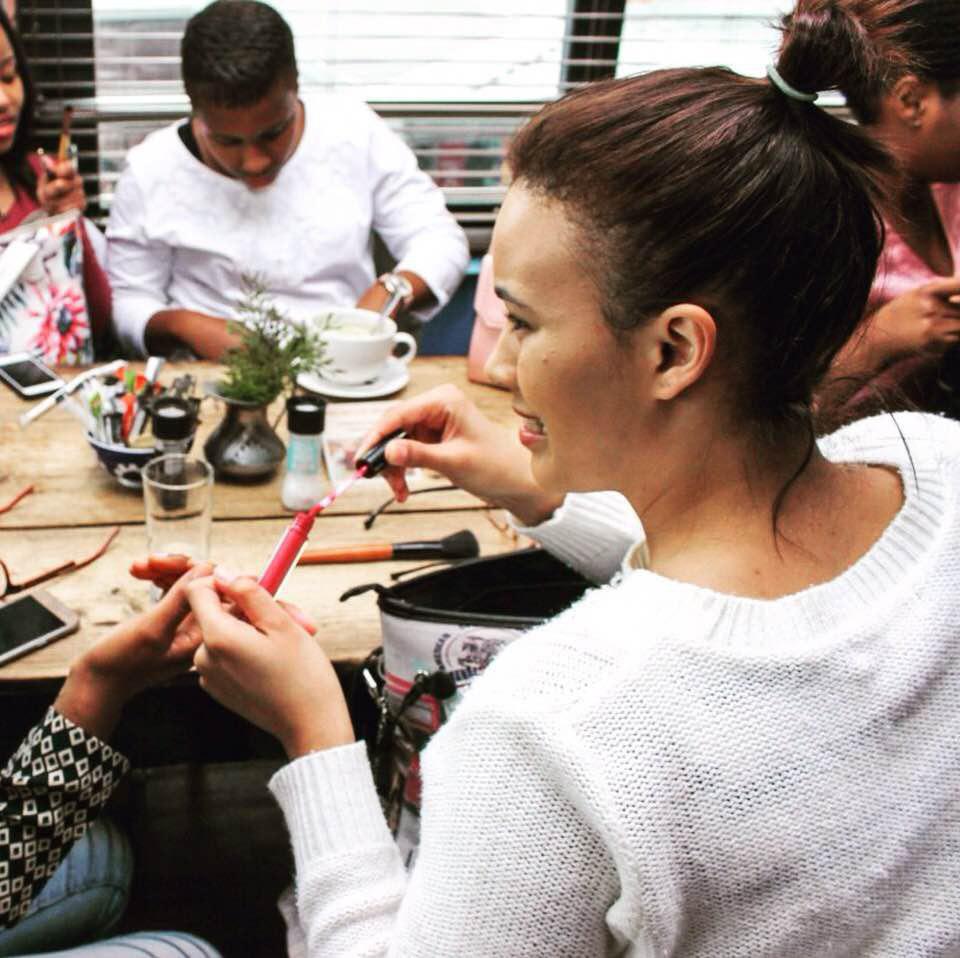 While finding the perfect shade of lipstick and ensuring a beautiful glow were high up on the Pretty Much list, Nosi knew that this was just powdering the surface.

‘What we found is that it’s much easier for women to put themselves down than to give themselves a compliment. We wanted to have an event where we could show them that as much as outer beauty is important, inner beauty is more important. If the inside is OK then it will show on the outside. And so we hosted our “Beneath Your Beautiful” event.’

The team invited a guest speaker, Penelope Glen, who was trained in the fields of psychology and dermatology. Nosi says that Penelope helped the ladies to better understand the link between psychology and skin, and the importance of addressing difficulties one might be having psychologically instead of sweeping them under the rug.

‘We could never have imagined the result of that event. The ladies arrived and they all looked lovely. But when they left they looked as if they had each lifted an immense weight off their shoulders. Like a mental or spiritual make-over. I had never considered how the simple opportunity to speak openly and honestly about our struggles could make such a difference.’ 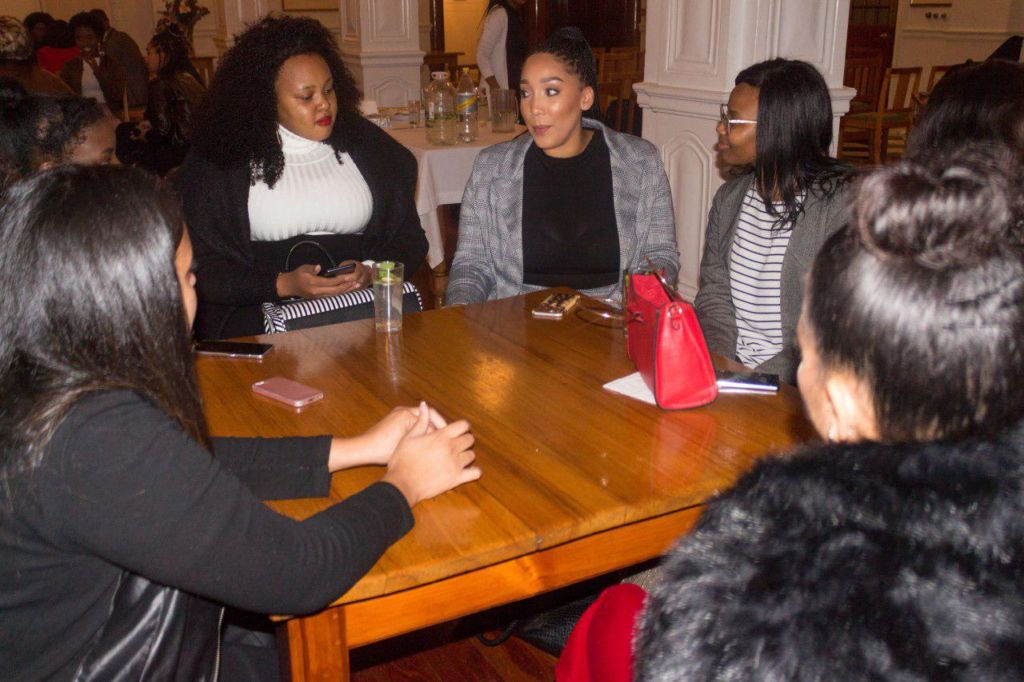 Since then, Pretty Much has hosted a number of successful events and impacted many women in South Africa both directly and indirectly. It has also migrated to Cape Town and expanded to include two new team members, Shandu Masibigiri and Tiego Mathobela. 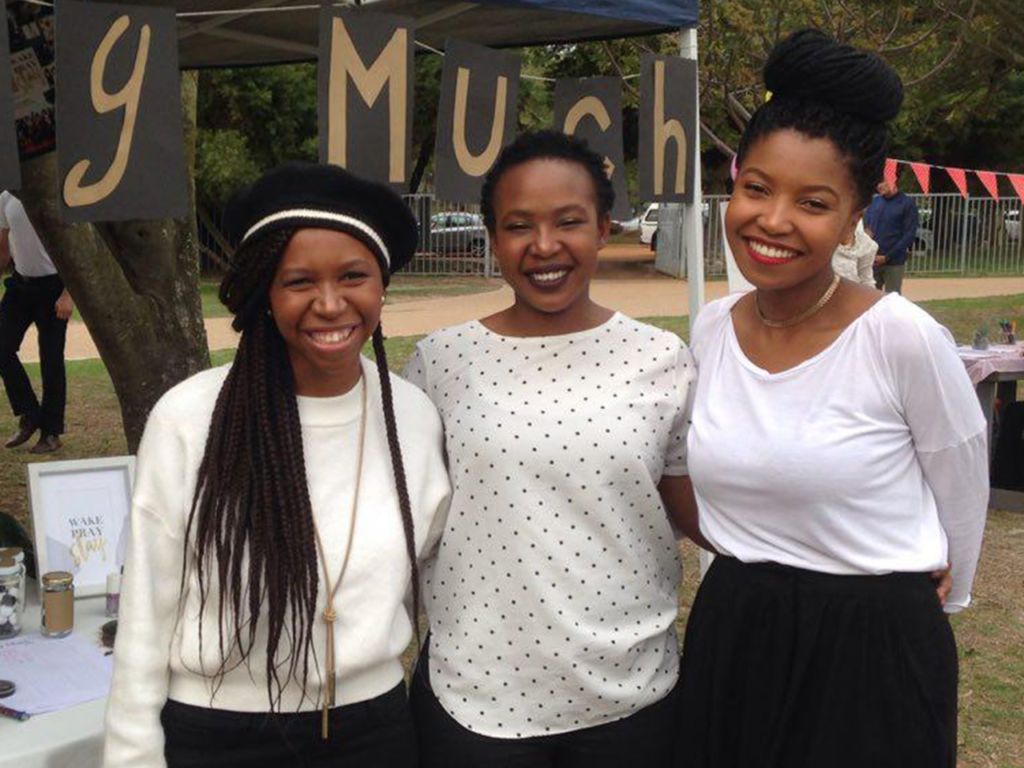 “I loved how this group of people who arrived as strangers, left as great friends. There are no stigmas or judgement. It’s just a group of ladies, who are aware of their flaws and recognise that we’re all in the same boat, so let’s help each other and build each other up. We need that. There is too much tearing down happening all around us. Sisters must unite.’

It was after chatting with Nosi that I was able to learn where her charming, quiet confidence stemmed from. This is a young woman who glows as much on the inside as she does on the outside. While her aim was to help other women with beauty tips and tricks and on a deeper level to learn how to love themselves, Nosi admits that the person she thinks this initiative has helped the most is herself. Through it she has been challenged to not place her own sense of value on how others see her but on who she really is.